In the Huddle with David Ellingson 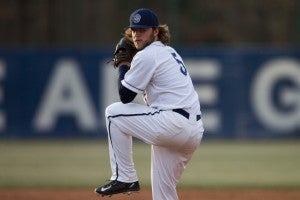 After setting a program record with a 0.75 ERA in 24 inning pitched in 2015, David was named to the All-BIG EAST Second Team as a sophomore. This year, Ellingson looks to help the Hoyas make the BIG EAST Tournament for the second year in a row and has already recorded six saves on the season. Let’s go In the Huddle with David! Continue reading →

In the Huddle with Ryan Busch 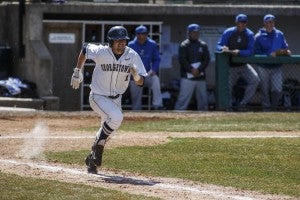 As a senior captain, Ryan Busch has helped propel Georgetown Baseball to 18 wins on the season, in the heart of the BIG EAST Conference schedule. In the 2015 season, Ryan has 35 hits and has scored 28 runs (3 home runs), while tallying 15 RBIs. An art major at Georgetown, Ryan was also named to the Capital One Academic All-District First Team, as well as being an Academic All-BIG EAST selection in the 2013-14 academic year. Let’s go In the Huddle with Ryan! Continue reading → 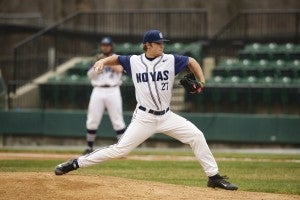 I wish I was writing to you in better surroundings! I know some of you are reading this up in New England and probably rolling your eyes and telling me to stop my whining, but it’s different when we’re trying to play college baseball and usually have about 12 games under our belt by this time and now we only have 7. Continue reading →